Over the years we have mapped a large number of areas, either parkland in and around Cambridge, or parts of Thetford Forest, which accounts for much of the wooded area of East Anglia. Unfortunately the large map images that used to be here have had to be taken down.

If clubs are interested in using any CUOC maps for training purposes or races, please get in touch with the mapping officer (see the committee page for the current contact details.). 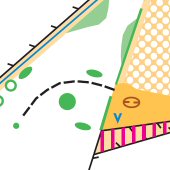 800 Wood near Madingley and the American Cemetery was planted to mark the 800th anniversary of the University. The map was originally made so that hill reps sessions involving some orienteering on the way down could be done. In around 2030, when all the trees have matured, the area should be quite nice. At the moment it isn't hugely interesting. 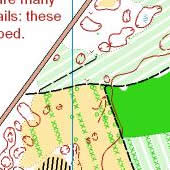 This is a revision of the 2001 Bromehill map (for the 2001 Icenian), previously mapped as the western half of Grime's Graves. The most interesting part along the western edge is currently covered with young trees, and can only improve over the next few years, while there is some nice mature forest further east, although recent felling has affected parts of the area. 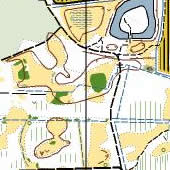 A mixture of open and wooded land, and very flat, the northern part is surprisingly pleasant for East Anglia, but watch out for the killer brambles further south!

The map was kindly updated for us by WAOC in 2015, in return for our letting them hold a race on the area 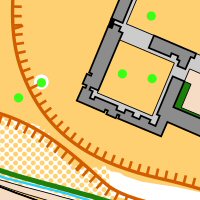 Churchill College is a large college in the East of Cambridge. It has mainly been used by CUOC and WAOC at weekly training sessions as an easily accessible urban area. 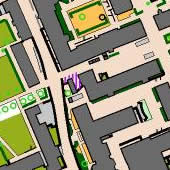 Mapped for the Cambridge City Race 2009, which was postponed from 7th Feb due to snow. 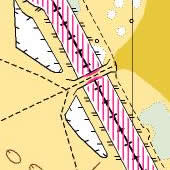 Coldham's Common is 2km east of the city centre. It's mainly open with a few patches of trees. Like Coe Fen without the river, and with horses instead of cows. 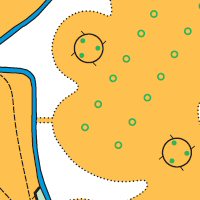 The map covers Stourbridge Common and Ditton Meadows which lie next to the River Cam, NE of the centre of Cambridge. The area is mostly open grassland which is grazed by animals. Ditton meadows has a network of deep ditches. 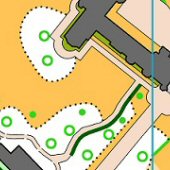 Girton College is a large college on the North edge of Cambridge with very nice grounds. It has been used for weekly CUOC training on several occasions. 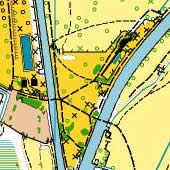 This is an extension of the Coe Fen map to include Grantchester Meadows and allow a bit of distance on the courses. It makes it a prime location for PuntO's of course, especially since a footpath with bridges has been built along the river. 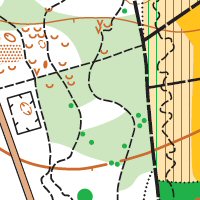 The original A3 map used for the 2000 East Anglian Championships and for the Harvester in 1998 [as Downham Highlodge and Thetford Warren] was reduced to A4, the new map encompassing the NE part of the original area due to recent felling in the other parts. Highlodge Warren is in the heart of Thetford Forest, with a typical commercial forest layout of coniferous plantations with a network of wide tracks. Much of the forest is mature and runnable with little undergrowth, though there has been significant recent felling. A new map was created for the Icenian in 2017. 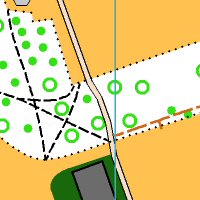 Homerton college is the southernmost of the Cambridge colleges. It has spacious grounds which include buildings, playing fields and an area of orchard. The area is normally used for CUOC/WAOC training nights 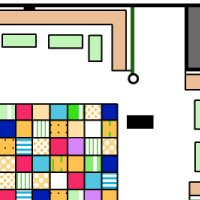 This is the only orienteering area in Cambridge where you can actually have a clubnight. Used once in 2013, the bouncers weren't too keen with Dan running around the club 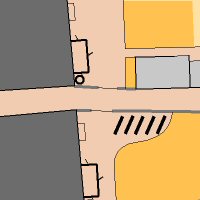 Mapped by Ben when he lived here, the area is good for novely format races 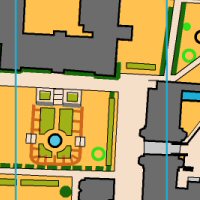 Newnham College is a relatively small college but has nice grounds with some intricate detail. The area is normally used for CUOC/WAOC training nights 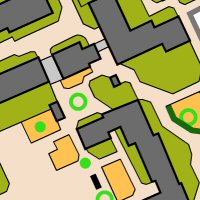 King's Hedges is an area of council housing in North Cambridge. A very large number of passageways run through the area making navigation at speed difficult. The area was used for a highly sucessful sprint race in early 2016. 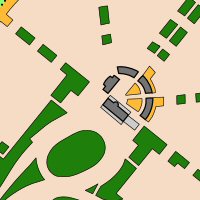 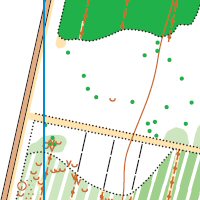 Snake Wood was mapped in 2012 when John also updated the Bromehill map. The area would be suitable for a small race although there have been problems with access to the area. The map symbology was changed in May 2017 after the publication of ISOM 2017 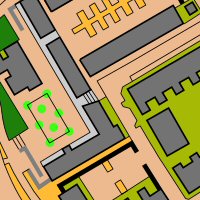 The map extends from Trumpington meadows in the west to the railway line in the east. The map has a nice mixture of parkland and newly build urban terrain 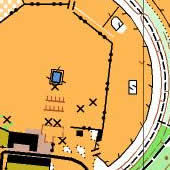 Wandlebury Country Park is 5km south of Cambridge. CUOC had a small race there in June 1996, and hopefully will be allowed there again in the future, as it is quite nice despite its small size. It is on a hill! More recently (2003), the map has been re-surveyed by WAOC members (the new version is 1:7,500).