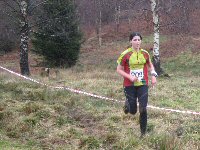 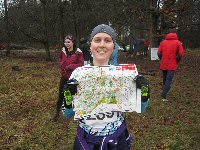 8 CUOC members made the trip to BUCS this year, organised by the University of Bristol, in the hilly and un-Cambridge-like Forest of Dean and Chilterns. The three hour drive over was just about short enough for us to leave on Saturday morning before the race; John had printed off the map, and found the race easily, while Rory had only printed directions, and got lost on the way.

The individual competition was held at Moseley Green, an area of very nice runnable forest with some small bits of intricate contour detail. Paul, John, Rowan, Rory and Sam ran the 10.5km Menâ€™s course, and Helen, Helen and Zuzka ran the 7.4km Womenâ€™s. The courses made good use of the area, linking up some very nice bits of forest, including a great 2km long leg on the Menâ€™s, with (at least) three route choices, making it quite interesting to analyse afterwards.

Performances were mixed, but Helen O had a good run to come 9th, with Zuzka in 32nd and Helen P (just walking round due to an injury) finishing in 54th. In the Menâ€™s, Paul was 35th, John 44th, Rowan 67th, Rory 71st and Sam 85th. Individual results put CUOC in 6th after Day 1, within reaching distance of Combined Services and Durham. 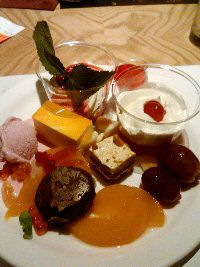 After the race, we set off for Bristol. Highlights of the journey include Rory being undressed at 40mph on the Severn Bridge, and Johnâ€™s car getting lost while Roryâ€™s didnâ€™t. We stayed in a big sports hall near the centre of Bristol, and arrived just in time to beat the shower queue, which quite quickly got very long.

In the evening we all got dressed up as Winnie the Pooh characters, to varying degrees of effort, ranging from Helen O in something that actually resembled a costume, to Rowan in normal clothes. The dinner was at Cosmo, about 15 minutesâ€™ walk away from the accommodation, but there was unlimited food so it was worth it. After that, no one in CUOC really wanted to go to the club, so we didnâ€™t, and went to bed instead. 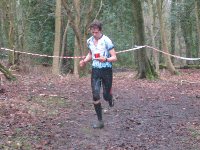 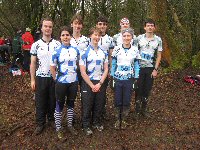 The next morning, we got up and had a strange breakfast of pastries and hot cross buns before leaving for the relays, held on Cooperâ€™s Hill, which is apparently famous for cheese rolling, which looks almost as fun as orienteering. This was another great area, completely open runnable forest, with some steep slopes that everyone fell over on.

Paul came back in 6th on first leg and Helen O led the field back in first! Rowan and Zuzka had solid second legs, and John and Helen P finished in 11th and 10th respectively. Rory and Sam were in a mixed team with Jo, and all three had decent runs, putting Federated States of Dobraland in 18th. Overall, the team stayed in 5th (ignoring combined-services), just 4 points behind Durham. Edinburgh took a convincing win, with Sheffield in 2nd and the Dark Blues much further behind in 3rd.

Results and Photos and Overall results