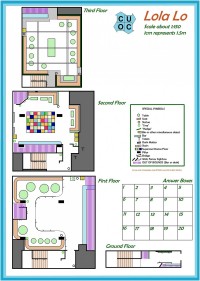 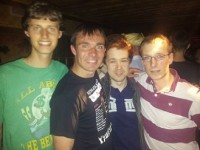 The first proper CUOC clubnight happened on one of the busiest nights of the year in Cambridge's best club Lola Lo. Eventually six CUOC members arrived in the club for what must be one of the most novel types of orienteering available! Occupying one of the round tables on the first floor the race eventually started. The challenge was to remember a position of a control and a question, the answer to which was at the control location. Unfortunately the bouncers did not appreciate CUOC's fun, even though it caused minimal disturbance, and seventeen minutes later the race was called off. So dancing was used as a substitute for the remainder of the race.

Thanks to organiser Dan Safka for planning this novel course!