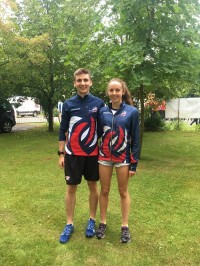 Two CUOCers â€“ Fiona Bunn and Aidan Rigby- were part of the 12 British athletes to compete in the Junior World Orienteering Championships U20 competition in the unique terrain of central Hungary. The recent heatwave in the UK helped final preparations for the competition, as temperatures were 28-30 degrees most days, and the lack of hills in Cambridge did not prove a problem as the maps used just 2m contours, making for tricky navigation around the labyrinth of juniper bushes.

The Long distance courses were the longest ever seen at a JWOC, showing the rapidity of the open sand dune terrain. Small mistakes for both athletes saw them finish not too satisfied with their runs, Fiona in 23rd but top Brit, and Aidan in 51st , second Brit.

The Sprint provided some technical route choice challenges around the centre of Kecskemet and very few athletes made the optimum choices. Fiona finished top Brit again in 15th to get her first top 20 position in a Sprint race at JWOC, and Aidan was again 2nd Brit in 28th.

The Middle terrain was the most unique area of the championships with a very technical maze of bushes to negotiate. Both CUOC members made it through qualification by achieving a top 20 in their heat and ran in the A final, however it wasnâ€™t their day. Aidan finished in 50th in the A final (again 2nd Brit â€“ solid consistency) and remarked that â€œthat was the hardest course I have ever runâ€ (see the map if you donâ€™t believe him). Fiona was unfortunately disqualified for missing the taped spectator run through (along with a number of other competitors who made the same mistake) â€“ annoyingly the only part of the course when it should be impossible to make a mistake! 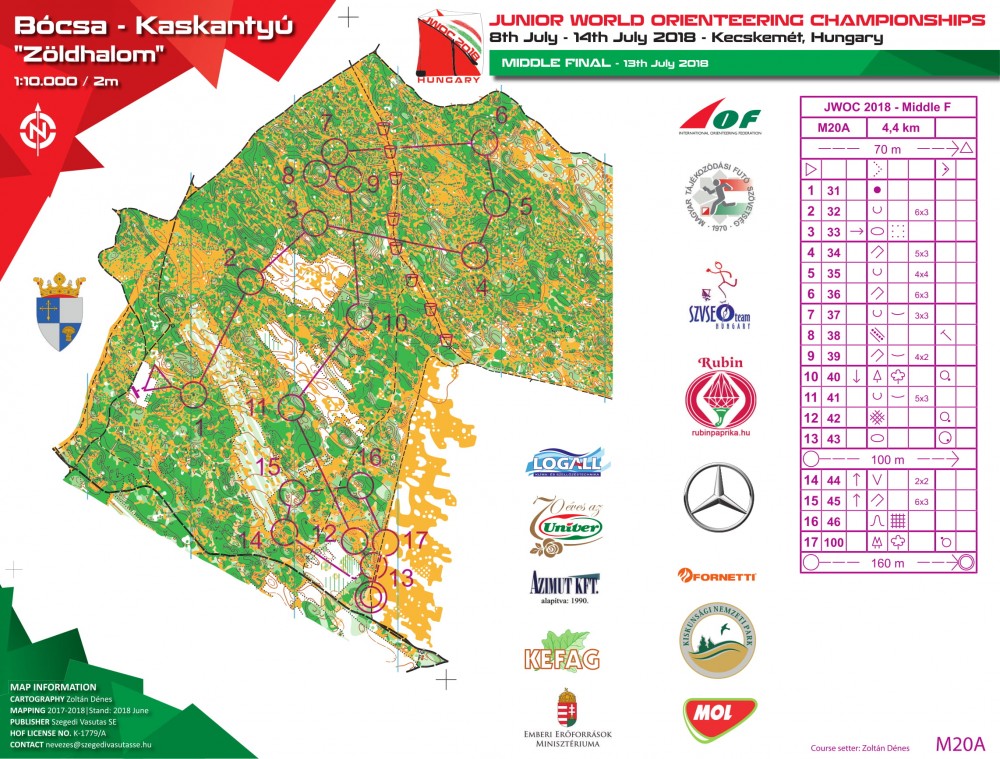 The final event was the relays, a much better day for team GB. Aidan had his best run of the week on 2nd leg for GBR A to pull his team back up into contention for a podium (top 6) after first leg lost some time in the middle of the course. It was agonisingly close, but they finished in a strong 7th position overall. Fiona ran first leg for GBR A womens team who finished in 4th position and made it onto the podium with GBâ€™s best ever relay result! Lets look forward to BUCS relays next year! 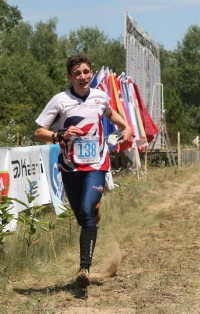 Paul Pruzina was also in action at the World Universtity Orienteering championships the following week in Finland, competing for Ireland. He had a busy schedule, competing in every race with no rest days. After a strong run on Leg 2 of the mixed sprint relay which was a fast and furious affair due to the simplicity of the terrain, the Middle the following day was a much tougher challenge. Paul finished 77th on possibly one of the longest middle distances he has ever had to run, made more challenging by the intense 32 degree heat. His following performances showed progressive improvement, with 60th in the Sprint, followed by 46th in the Long and then 27th on first leg of the relay running for a mixed team due to the lack of other Irish athletes.

Congratulations for these performances! Whilst there was plenty of learning generated by all three athletes, there is also plenty to celebrate and we can look forward to the coming year of CUOC successes!