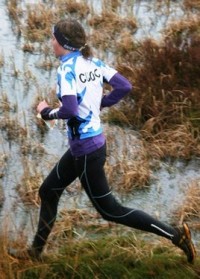 16 CUOC athletes and some very kind drivers travelled to the Lake District for the annual BUCS British University Orienteering Championships, organised by CUOC for apparently the first time in our 41 year history. On reflection, this is probably because while the rolling "hills" of East Anglia are not up to the job of hosting BUCS, organising a race 250 miles away from Cambridge is something of a logistical challenge. It's hard enough just getting a squad up there, but the club's drivers, parents and alumni came good and enabled a 400% increase in CUOC turn out from last year. And luckily for us, an elite team of organisers (Ben, Matthew and Lucy, our high profile signing from EUOC) rose to the challenge of putting on BUCS with a little help from local clubs LOC and SROC.

A sunny Saturday morning saw the "Getting CUOC to the Lakes, mk7" plan finish bang on schedule and the traditional game of "how can we get this CUOC tent to stand up" began. With the race set up to Lucy's approval and LOCs "No Go No Whislte" signs spell-checked, the race began. Loughrigg is a steep and intricate open fell, to all intents and purposes the exact opposite to the flatlands of Thetford Forest that much of our team have had to train on. Nevertheless, CUOC had some good results, particularly in the Women's where Mairead Rocke and Katrin Harding claimed 4th and 9th position respectively. Three runners from each of the A courses count towards the overall score, so for Cambridge this was...

After the race, the organisational mantle passed from Lucy Fryer to Ben Windsor, overall coordinator and social organiser. A mad dash to the very nice Victory Hall followed to open it up for accommodation, followed by a trip to Coronation Hall in Ulverston to set up the social. Both halls were considerably more luxurious than your average village hall, but Coronation Hall turned out to be a fully equipped theatre, beautifully decorated in Cambridge Blue - a perfect setting for orienteers to tuck into the enormous buffet (future BUCS organisers take note - order food for more people than you have coming to satisfy hungry orienteers!) and dance the night away in the ceilidh. At the prize giving, it became clear that Cambridge were in fourth as in recent years, but were trailing Oxford by a solitary point. CUOC were unable to repeat the success of Varsity in the beer Boat Race, but yet again, this was mostly because we were following the rules unlike some universities COUGH sheffield COUGH. Hamish's awesome music selection played out the rest of the evening, and the evening ended with the great Nicola Manfredi's You and Me after only a little captainly persuasion. 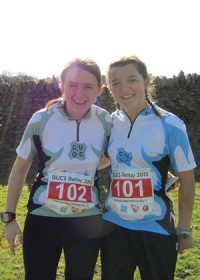 Day two of BUCS is a relay, which this year was held at the very sunny Bigland Estate. Last year we only managed one team, this year we had five! The terrain was a mixture of grassy fell and intricate, marshy forest with plenty of opportunity for errors in such a fast and furious relay format. The start/finish area was particularly exciting as runners could be tracked all the way to the top of the hill as they ran out of the start and for the last 3-4 minutes of their course as they came into the finish. CUOC had some great runs, with Katrin, Andy and Mairead bringing the Women's 1st team into 5th place and the first team that wasn't Edinburgh or Sheffield. The second team of Harriet, Lucy and Steph was 11th. The men's race was won by Oxford, who were promptly disqualified for crossing a wall. Unfortunately, the CUOC men's first team of Mark, Matthew (competing while organising - nice one!) and Ben were also disqualified due a mathematical sequencing error in the arithmetic progression of control sites on the last leg. Luckily the second team of Hallvard, Henrik and David M finished in 12th and only a small mistake on the last leg away from the top ten. Tom, Tin and David W were close behind in 14th. This wasn't quite good enough to get significantly ahead of Oxford in the preliminary results, BUT because Oxford weren't able to field a women's team, their final score depended on how many women's teams managed to finish the course. So it was that we all nervously awaited the arrival of the Univeristy of East Anglia into the finish as the time ticked towards courses closing time. When their last runner had downloaded, it became apparent that they hadn't finished the course so Oxford were still ahead. Still, we consoled ourselves with a close 4th, packed up the race and went home. It wasn't until we got to Ben's house, had dinner and Matthew checked his email that we realised that another team had finished just before UEA, and this team had finished the course correctly giving Oxford an additional point and moving CUOC into 3rd! Not quite the close racing we were hoping for, but a nailbiting finish none the less.

Thank you to our drivers Emily, Adam, Richard and Dan & Lenka Straka and to all involved with organising the weekend - especially LOC and SROC, and Ben, Lucy and Matthew!

(Photos mostly by Ian Buxton used under this license)